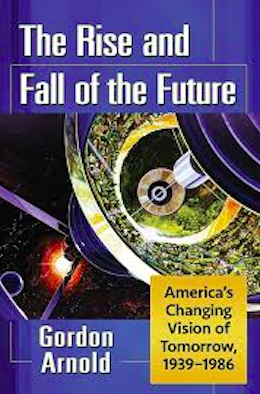 The Rise and Fall of the Future

Yesterday’s thinking about the future shaped the world we live in today. Read all about it in The Rise and Fall of the Future: America’s Changing Vision of Tomorrow, 1939-1986.

The Rise and Fall of the Future traces the story of America’s evolving thinking about the future, from the wondrous visions on display at the 1939 New York World’s Fair to dystopian visions of the 1970s and 1980s. It’s a story of the nation’s optimism–born of faith in itself, in technology, and in consumerism–and of a pessimistic turn that ushered in a sense of the future lost.

“An inherently fascinating, impressively informative, exceptionally thoughtful and thought-provoking study, The Rise and Fall of the Future: America’s Changing Vision of Tomorrow, 1939-1986 is a work of meticulous and seminal scholarship. While especially and unreservedly recommended for both community and college/university library 20th Century Popular Culture collections and supplemental curriculum studies, it should be noted for the personal reading lists of students, academia, and non-specialist general readers with an interest in the subject.”  ~John Burroughs, MBR Reviewer’s Bookwatch, October 2020

Motion pictures and television productions have often reflected the idea that conspiracies shape many events, hide others, and generally dictate much of the course of modern life, often to the disadvantage of the average person. Indeed, conspiracy theories have developed into a potent undercurrent in American politics.

In this book, author Gordon Arnold examines the evolution of this cultural climate in the United States and the intersection of film and television productions in the context of unfolding political developments. The chapters show how screen media have both reflected and shaped the cultural milieu in which traumatic events and political controversies have been interpreted with increasing cynicism.

“Arnold … places seeming conspiracies in the context of the histories of the social and political cultures that harbor them or invoke them as explanations of otherwise inexplicable events.… Recommended.” — Choice 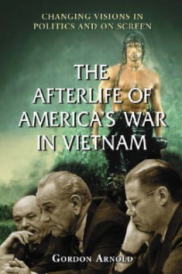 The Afterlife of America’s War in Vietnam

“In The Afterlife of America’s War in Vietnam, Gordon Arnold traces the many incarnations of the war in American popular culture, deftly demonstrating that retellings of the conflict are often intertwined with political rhetoric…. In his chapter on the echoes of Vietnam in a post-September 11 world, Arnold shows how recent political and historical events shape audience reception of contemporary films about Vietnam.” — Film Quarterly

Projecting the End of the American Dream

This provocative book reveals how Hollywood films reflect our deepest fears and anxieties as a country, often recording our political beliefs and cultural conditions while underscoring the darker side of the American way of life. Considering many films that have America’s decline and ruin as a theme, the author examines how the political climate of the times influenced their creation.

Projecting the End of the American Dream: Hollywood’s Visions of U.S. Decline combines film history, social history, and political history to reveal important themes in the unfolding American narrative. Discussions focus on a wide variety of films, including Rambo, Planet of the Apes, and Easy Rider.

“Written free of jargon and pretension . . . Arnold adeptly manages to capture the most influential films representing each decade. . . . Recommended.” —Choice 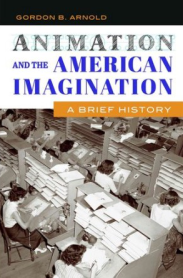 Animation and the American Imagination: A Brief History

Animation and the American Imagination: A Brief History presents a concise, unified picture of animation history in the United States.

“Arnold presents readers with a comprehensive examination of the ways in which animated cartoons … have informed the imagination of the American people. ”  —Book News Reviews